The Truth About Coconut Oil and Cardiovascular Disease – Based on Research

There are in fact oils being sold that come closer to being a poison (Ehm.. soybean oil) (20), but coconut oil isn’t one of them. In this article, I’m going to review the evidence surrounding coconut oil, how it relates to cardiovascular disease / heart health, and why you might want to start including it in your diet.

What type of Coconut oil?

We have to start here because otherwise there will always be arguments. In this article, when I refer to coconut oil, I’ll be exclusively talking about unrefined, virgin coconut oil. Why? Because this is the only type of coconut oil that is worth consuming.

Coconut oil is not defined like olive oil is. For olive oil, there is refined, virgin, and extra virgin. For coconut oil, there is really only refined and virgin. However, the term “virgin” isn’t regulated very well, and thus I would always buy organic, unrefined or cold/expeller pressed virgin coconut oil. This ensures that nothing has been taken out of the oil and it has not been heated much.

Why shouldn’t you buy refined? For the same reason that you shouldn’t buy refined olive oil: you lose all of the anti-inflammatory and anti-oxidative phytonutrients / polyphenols.

Polyphenols in unrefined food are, in essence, what makes it healthier than refined food, like I talked about in my article about fruit.

The polyphenols in coconut oil have been shown to protect from cell death due to oxidative stress (1), enhances the anti-oxidant status of the body and protects from lipid and protein oxidation (which cause damage to cells) (2) and can protect from damage and cardiovascular risk due from heavy metal toxicity (3). In essence, the polyphenols greatly enhance the health benefits of coconut oil. In fact, in pretty much all of the studies in which coconut oil did not have a favorable outcome, the coconut oil that was used was refined or hydrogenated, and thus had all these beneficial molecules taken out.

Thus, the only type of coconut oil that you should use is the kind that strongly smells like coconut, as you are literally smelling the polyphenols!

What is Coconut oil?

Coconut oil is over 90% saturated fat. How could I be arguing that it is good for you then? The fact that coconut oil is mainly saturated is the sole reason that “nutrition experts” will tell you to avoid it. This point of view is extremely short-sighted, and demonstrates that the “expert” has never even taken a cursory look at the actual evidence.

Before I move on, I want to bring up a point that arises often. That is the difference between hypothesis / theory and evidence. Yes coconut oil is mainly saturated, and we have older research that showed that some forms of saturated fat, if eaten in excess, can increase the risk of cardiovascular disease. Yet, coconut oil was not actually studied in this older research – it was mainly animal fat. Thus, we could create a hypothesis that adding coconut oil to a diet would elevate the risk of cardiovascular disease because it is also saturated. However, we now have numerable studies that have investigated this that has shown this hypothesis to be false. Thus, we should be giving recommendations based on this evidence and not on worn-out theory.

Unrefined coconut oil is different from other types of saturated fat in two big ways:

What Do Animal Studies Say About the Effect of Coconut oil on Cardiovascular Disease Risk?

I won’t spend a whole lot of time in this section because honestly the human trials matter a lot more. However, the animal data can help to provide mechanisms regarding the effect of coconut oil on cardiovascular disease.

Here are some key studies and the take-aways:

I could keep going, but I think you get the point. Giving virgin coconut oil to rodents tends to do very good things, and these are animals that typically respond poorly to “high fat diets”.

What About Human Evidence?

This is what actually matters. What happens when you give coconut oil to humans in place of other oils? Well, besides a minor drop in body fat (21, 22) that typically occurs, you get the following:

…the findings highlight the need for further elucidation of the more nuanced relationships between different dietary fats and health. There is increasing evidence that to understand the relationship between diet and health, we need to go beyond simplistic associations between individual nutrients and health outcomes and examine foods and dietary patterns as a whole. (27)

And now that we have started testing it, it is becoming clear that not only does coconut oil not seem to possess certain health hazards that other forms of saturated fat might, but it seems to actually improve health markers when added to a diet.

Virgin coconut oil actually has other benefits that were not listed in this article as it would become too long and off-topic, but future articles will be addressing those benefits.

One last thing I want to mention: In this article we have talked mainly about coconut oil’s ability to change LDL and HDL. These are only a couple markers of cardiovascular disease risk. We now know that in addition to LDL, HDL, and triglycerides, the ability for LDL to oxidize is very important to determine cardiovascular disease risk. Once the LDL oxidizes, then it gets taken up by “foam” cells and can contribute to plaque on the walls of arteries. (28, 29)

So there you have it! Don’t worry about consuming good quality coconut oil, and stay tuned for further benefits of unrefined coconut oil! 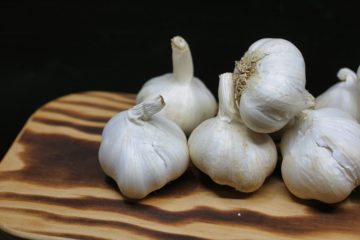 Have High Blood Pressure? Have You Looked into Magnesium?

In the United States, about 77.9 million (1 out of every 3) adults have high blood pressure.(ref) High blood pressure, or hypertension, is a big deal because it increases your risk of heart attack, stroke, Read more… 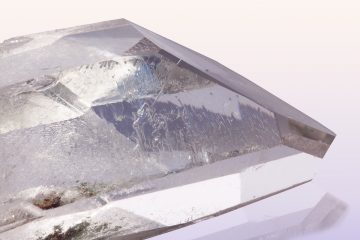 Importance of Silica for the Prevention of Cardiovascular Diseases

Silica is actually the second most abundant mineral in the Earth’s crust after oxygen, making up 27.7% of it. Yet, most people know relatively little about this element and the roles that it plays in Read more…