Today’s article is going to be going over the difference between Wilson’s Temperature Syndrome and primary hypothyroidism, as these are the two most common forms of hypothyroidism that people are struggling with. Many people have never even heard of Wilson’s Temperature Syndrome (WTS), but if someone actually has WTS but is being treated as if they have primary hypothyroidism, then they may never end up getting complete resolution of their symptoms such as cold extremities, fatigue, depression, tiredness, or weight gain, even though all their blood lab values are normal.

By treatment WTS properly, there are many people that can get a complete resolution of their symptoms, and sometimes without lifetime medication. This is one of the primary differences with primary hypothyroidism.

In order to understand the difference between the two types of disorders, we are going to need to get a little bit of thyroid physiology cleared up. Otherwise, the differences won’t really make sense.

The whole thyroid cascade actually starts in a particular brain structure called the hypothalamus. The hypothalamus releases a hormone called Thyrotropin-releasing hormone (TRH), which then goes to the pituitary. From this signal, the pituitary releases Thyroid-stimulating hormone (TSH). TSH is the hormone that is usually measured on thyroid blood tests.

TSH then travels down to the thyroid where it primarily tells the thyroid to release tetraiodothyronine, AKA T4. The medications L-thyroxine, levothyroxine, and Synthroid are all synthetically created T4, the same type that our thyroid produces.

The conversion from T4 to T3 happens mainly in the liver, kidneys, and intestines (about 80%) while only a minor amount of this conversion occurs in the thyroid itself (about 20%). The enzyme that does this conversion is called 5′-deiodinase (5 prime – deiodinase). There is another chemical that T4 can turn into, however. It is called reverse T3 (rT3). The enzyme that does this conversion is called 5-deiodinase (no “prime”). rT3 is completely inactive, whereas T3 is completely active at the thyroid receptor.

People with primary hypothyroidism have, by definition, low T4 and a high TSH (T3 may or may not be low).

This means that the pituitary is trying to signal the thyroid with a lot of TSH to make more T4, but the thyroid is not responding like it should. The thyroid should respond by making more T4, but it consistently produces less than is needed.

Thus, primary hypothyroidism is a defect in the thyroid gland itself. This becomes important when comparing it to WTS.

It makes sense to treat people with primary hypothyroidism with Synthroid (synthetic T4) since these people are having a hard time making their own T4.

For some (especially those who also have low T3 levels), using a combination of T4/T3 (such as Armour or Naturoid) will be best and will resolve their symptoms the most.

For people with primary hypothyroidism, they will likely need to take this medication for life to make up for what their thyroid isn’t producing. (However, there are alternative treatment options that will be discussed in future articles that may increase the chance of getting off of, or at least lowering, medication.)

People with WTS, by definition, have a chronically low basal body temperature and could have normal or low T3, high or normal TSH, and normal T4. That is, sometimes the only positive clinical finding in WTS, besides many hypothyroid symptoms, is a low body temperature. If someone’s body temperature is usually normal (at or above 98.6 degrees Fahrenheit), then they do not have WTS.

Many medical doctors are not taught about WTS, and thus are not trained to look for a defect in the thyroid system if the blood tests come back normal. However, many people intuitively know that they have some thyroid issue (due to the symptoms they have), and many times the doctor will very much suspect a thyroid issue based on the presentation but will dismiss it when the blood tests come back normal. However, the person can still have WTS even with normal blood values.

Actually, many doctors do not yet recognize WTS as an official diagnosis. Yet, the many thousands of people treated with T3 for a short period of time and have fully recovered would disagree. I suspect that WTS will eventually become an official diagnosis after some years of resistance to the change, just like fibromyalgia did.

One thing to note, though, is that WTS is usually something going on, primarily, at the level of T3, and not with the thyroid gland itself.

For example, a patient can have a normal TSH, a normal T4, but low T3 and a low body temperature. In this case, it seems obvious that nothing is wrong with the thyroid gland itself, and we should not attempt to treat it. Remember, the thyroid gland it mainly responsible for responding to TSH by secreting T4, and that seems to be working just fine.

As to why this patient developed an impaired conversion of T4 ot T3, that depends. It could be from prolonged chronic stress or a traumatic event (high cortisol)(1), chronic severe dieting / calorie-restriction (2), or reduced carbohydrates for a long time (3). There are other things that can cause this as well, but these are usually the main factors.

Alternatively, a patient may present with normal TSH, normal T4, normal T3, but a low body temperature. In this case, they may have enough T3 floating around but the T3 isn’t actually making it inside the cell to stimulate the nuclear receptor. There are many reasons why T3 has a hard time stimulating its receptor. One could be a preponderance of bad fats in the diet (or too many unsaturated fats in the diet) (4) or a high level of free fatty acids (FFAs) in the bloodstream (5).

By using a safe and effective T3 supplementation protocol for WTS, not only can the body temperature be restored, but it can also induce a “resetting” phenomenon on the body so that the body more easily makes more of its own T3. While the physiology behind this is a bit out of the scope of the article, it has to do with T3 allowing rT3 levels to fall, and thus reducing the “block” for T3 synthesis.

By correcting WTS, patients usually find that they feel a lot better, have more energy, have a more positive outlook on life, and may be able to lose weight easier.

If you would like more detailed information on everything there is to know about WTS, I would suggest reading the free physician’s ebook on the topic. It dives more heavily into the physiology than I wanted to in this article and also provides answers to frequently asked questions. No doctor or patient should ever undergo T3 therapy before reading this manual!

As always, let me know if you have any comments, suggestions, or experiences below! 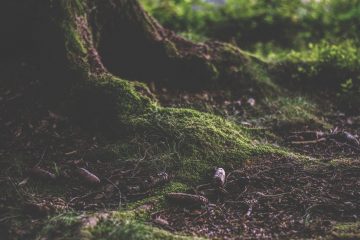 Hypothyroidism / Hashimoto’s patients find that they often don’t feel 100% even after standard treatment with medication. Quite often, they find that while their symptoms may have improved somewhat, they still feel tired/lethargic, still feel Read more… 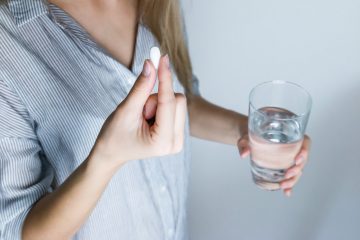