As far as autoimmune diseases go, Lupus is not just a minor annoyance. Someone with Lupus can have a myriad of symptoms that include, but are not limited to: fatigue, joint pain, fevers, pain, rashes, anemia, anxiety, depression, swelling, and more. It can be a very debilitating disease to deal with, and unfortunately the standard medical options in the West tend to come with their own abundance of side-effects, which sometimes can prevent the patient from even being able to tolerate the medication.

Two of the most common types of medications that are prescribed for Lupus are cortisol-based steroids and antimalarials. Some of the common side effects of these medications are: increased appetite, weight gain, mood changes, muscle weakness, growth of body hair, “puffy” face, headache, dizziness, ringing in ears, nausea/vomiting/stomach pain, skin rash, and hair loss. Furthermore, since both of these treatment options are immunosuppressive, there is always an increased risk of infection and possibly malignancies.

Another option that is gaining more evidence in its ability to help fight lupus flairs is DHEA. DHEA is sort of a like the cousin to cortisol. They can both be produced by the adrenal gland, both are involved in some way to the “stress response”, and they both can help to regulate the immune system (1). As far as having too much of ether one, the general consensus is that too much DHEA would likely be easier on the body than too much cortisol chronically. This may also be why DHEA is still listed as a “supplement” even though it is a hormone just like cortisol.

So let’s take a dive into the evidence and see how effective DHEA has been in some trials!

One of the first studies that clinically tested the effect of DHEA for systemic lupus erythematosus was in 1994 in which “ten female patients with mild to moderate SLE and various disease manifestations were given DHEA (200 mg/day orally) for 3-6 months.” (2) The patients were allowed to continue to take their other usual medications.

After 3-6 months, the total score of their symptoms related to lupus had significantly improved, and the patient’s required less cortisol-based medication to manage their symptoms. There were also 3 patients who were excreting a lot of protein in their urine before the study began (a marker that the kidney is being affected by the disease), and two responded to DHEA supplementation with a marked reduction in protein in the urine and one with a moderate reduction. The main side effect from DHEA was acne (it can make the skin more oily).

This study was uncontrolled, however; meaning that there was no placebo group.

In 1998, the same group of researchers decided to try DHEA for lupus again, this time for a whole year and with more patients.

The results after this year were that the SLE Disease Activity Index score, patient global assessment, and physician global assessment significantly improved compared to baseline. This means that the objective score based on all lupus symptoms improved, the patents themselves thought that the disease had improved, and the treating physicians agreed that the disease had improved. Also, daily prednisone (a type of cortisol-based medication) usage decreased significantly. Again, the main side effect was an increase in acne.

However, this study was still uncontrolled: there was no placebo group.

So in 2002, another group of researchers decided to conduct a randomized, placebo-controlled clinical trial to make sure that DHEA really does have an effect on Lupus and that the positive results that the other researchers got were not merely from the placebo effect.

They put “120 adult women with active SLE received oral DHEA (200 mg/day; n = 61) or placebo (n = 59) for 24 weeks.” During this time they measured a variety of symptoms that are indicitive of lupus disease activity.

There have been a couple more studies since 2002 that have invesitaged the effectiveness of DHEA on lupus symtoms, and the vast majority have gotten positive results.

While this isn’t saying that DHEA can cure lupus or reduce the symptoms to nothing, it is saying that (considering the good safety profile, general lack of bad side effects, and effectiveness) someone with lupus may want to talk with their treating physician about the possiblity of adding DHEA into their current treatment regimen!

Comment below if you have any questions or ideas to share! And please share this article with anyone you know who may benefit from this information!

If you are looking for DHEA supplements to buy, this is the brand that I recommend. Life Extension DHEA achieved great results on ConsumerLab reports for a great price. If you purchase using the link above, you will be helping to support this site and allow me to continue putting out free content with ZERO extra cost to you! 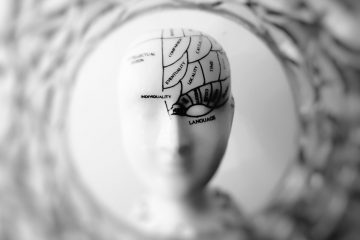 Effect of Biotin on Multiple Sclerosis in Humans

Multiple sclerosis (MS) is a debilitating autoimmune disease that causes a loss of the covering that protects the nerve cells, myelin. This happens in both the brain and the spinal cord and results in a Read more…